DISCO-2 is designed by students from Aarhus University and the IT University of Copenhagen and was initially a 2U cubesat of 10x10x20 cm. During vendor-negotiations the satellite size increased to 3U (10x10x30cm).

The satellite itself contains: 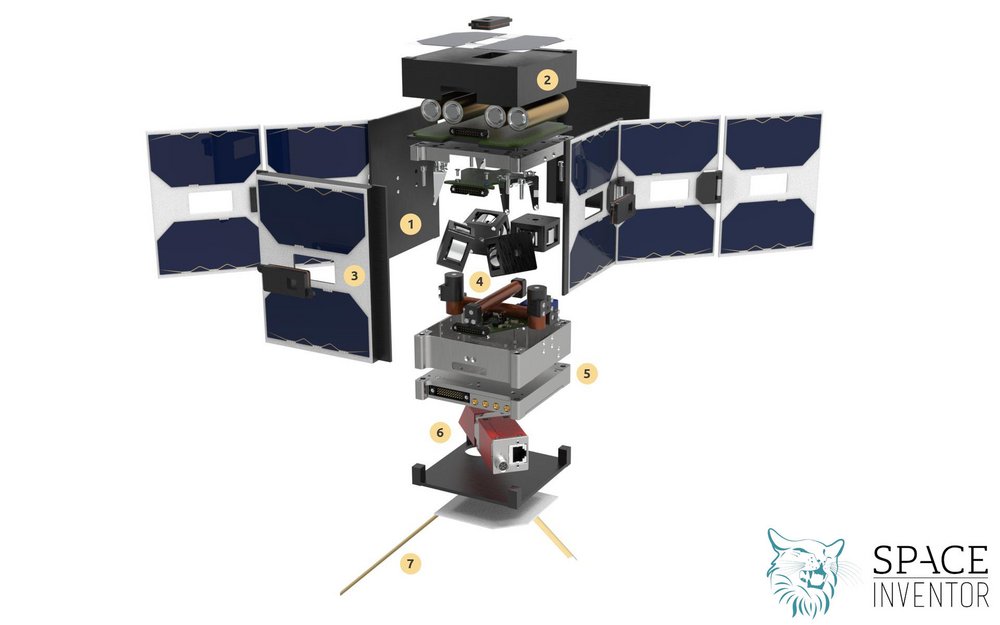 Exploded view of a cubsat similar in components to DISCO-2. Credit: Space Inventor