Soil fertility depends on water regulation both to retain soil moisture and to eliminate water excess without harmful loss of particles and nutrients. As such the combination of soil physical properties that support soil hydrological functioning is a well-recognised service delivered by soil (e.g. Daily et al., 1997). There is recognition of soil biodiversity and biological activities that are needed to sustain soil structural properties (Jarvis, 2007). The detrimental consequences of a weakened functionality have been stressed in the EU Soil Strategy (EC, 2006), and hydrology in particular is related to all soil threats. Biopores and soil aggregate formation have been shown to be crucial results of soil organism activities contributing to soil hydrology. Hence, EcoFINDERS will approach water regulation as an ecosystem service by experimentally quantifying these activities and incorporate them in hydrological models at the level of managed habitats. By substantiating mechanistic links between soil biodiversity and hydrologic properties, EcoFINDERS will develop diversity indicators for assessment of water regulation under stress scenarios.

Damage to soil structure by erosion, compaction, landslide, sealing, and organic matter decline is strongly dependent on both physical and chemical soil properties. Traditionally, most soil functioning research has been focussed on soil biodiversity, in relation to soil biochemical interactions. However, there is also a strong link between soil biological activity and so soil biodiversity and the physical condition of a soil. 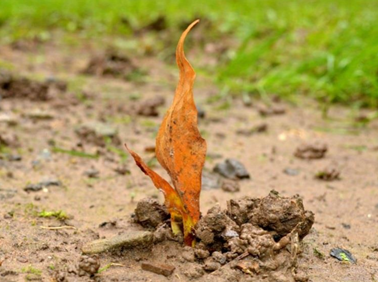 Therefore, EcoFINDERS will give due attention to relationships between soil biodiversity and soil biophysical interactions. In such interactions biogenic structures play a central role.
In light of the different (multiple) ecological functions of different species/gene assemblages and associated ecosystem services (Hector and Bagchi, 2007), EcoFINDERS aims to identify and quantify soil biodiversity contributions in terms of soil structure regulation for sustainable use of soils, particularly in an agricultural context. This will comprise descriptive and experimental field studies, mostly in agroecosystems where loss of soil structure by physical disturbance of soil (e.g. tillage, compaction) obstructs sustainable profitability by reducing the abundance and activity of organisms such as arbuscular mycorrhizal fungi and earthworms that form soil aggregates and pores within the soil matrix. 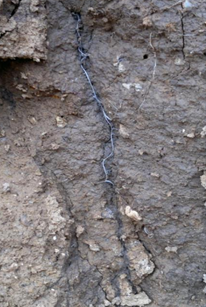 Background
Change in land use and management can impact massively on soil ecosystems. Ecosystem engineers and other functional biodiversity in soils can be influenced directly by such change and this in turn can affect key soil functions. Here, we employ meta-analysis to provide a quantitative assessment of the effects of changes in land use and land management across a range of successional/extensification transitions (conventional arable → no or reduced tillage → grassland → wooded land) on community metrics for two functionally important soil taxa, earthworms and fungi. An analysis of the relationships between community change and soil structural properties was also included.

Results
Meta-analysis highlighted a consistent trend of increased earthworm and fungal community abundances and complexity following transitions to lower intensity and later successional land uses. The greatest changes were seen for early stage transitions, such as introduction of reduced tillage regimes and conversion to grassland from arable land. Not all changes, however, result in positive effects on the assessed community metrics. For example, whether woodland conversion positively or negatively affects community size and complexity depends on woodland type and, potentially, the changes in soil properties, such as pH, that may occur during conversion. Alterations in soil communities tended to facilitate subsequent changes in soil structure and hydrology. For example, increasing earthworm abundances and functional group composition were shown to be positively correlated with water infiltration rate (dependent on tillage regime and habitat characteristics); while positive changes in fungal biomass measures were positively associated with soil microaggregate stability. 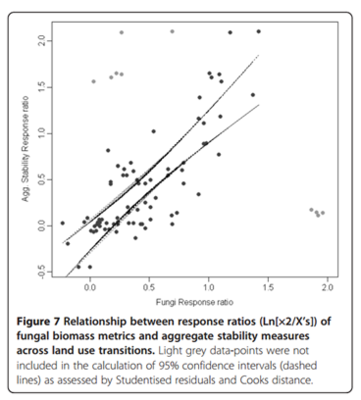 Conclusions
These findings raise the potential to manage landscapes to increase ecosystem service provision from soil biota in relation to regulation of soil structure and water flow.

Abstract
Anecic (deep-burrowing) earthworms are important for soil biogeochemical functioning, but the fine-scale spatial range at which they incorporate C and N around their burrows (the drilosphere sensu stricto) needs to be investigated under realistic conditions. We conducted a field experiment to delimit spatially the extent to which soil around natural Lumbricus terrestris burrows is influenced biochemically. We placed plant litter dual-labelled with 13C and 15N stable isotope tracers on L. terrestris burrow openings and we measured residue-derived 13C and 15N in thin concentric layers (0–2, 2–4, 4–8 mm) around burrows with or without a resident earthworm. After 45 days, earthworms were significantly enriched in 13C and 15N as a result of feeding on the plant litter. At 0–5 cm soil depth, soil 15N concentrations were significantly higher around occupied than unoccupied burrows, and they were significantly higher in all burrow layers (including 4–8 mm) than in bulk soil (50–75 mm from burrow). This suggests that biochemical drilosphere effects of anecic earthworms, at least in the uppermost portion of the burrow, extend farther than the 2 mm layer assumed traditionally.