Resistance to diseases and pests 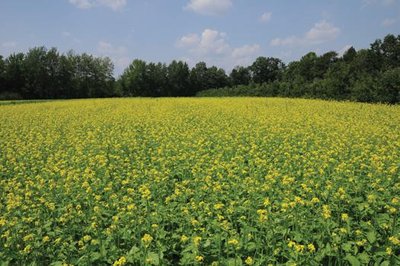 The widespread ability of soils to suppress the growth or activity of soil-borne pathogens has been referred to as “general suppression”, “non-specific antagonism”, or “biological buffering” (Cook et al., 1995; Weller et al., 2002). General suppression is related to the total microbial biomass in soil, which competes with the pathogen for resources or causes inhibition through more direct forms of antagonism. General suppression often is enhanced by the addition of organic matter, certain agronomic practices, or the build-up of soil fertility (Steinberg et al., 2007), all of which lead to an increase of soil microbial activity. The effect of general suppression is apparent by the greater disease severity of host plants grown in the sterilised as compared to the raw soil. Specific suppression is superimposed on the background of general suppression and is due to the effects of select groups of microorganisms that adversely affect pathogens during some stages in their life cycle. 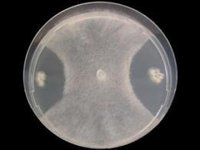 Suppressive soils owe their activity to a combination of general and specific suppression. The two functions act as a continuum in the soil, although they may be affected differently by edaphic, climatic, and agronomic conditions. Specific disease suppressive soils occur worldwide and have been described for various soil-borne pathogens, including bacteria, fungi, oomycetes and nematodes (Weller et al., 2002; Mazzola, 2004; Borneman and Becker, 2007; Mazurier et al., 2009). The specific suppression is in most cases ascribed to antagonistic microorganisms that inhibit the growth or activity of the pathogen (Weller et al., 2002). Using classic culture-based approaches, only a few bacterial and fungal species have been identified to date for their role in disease suppressiveness. These include antibiotic-producing bacteria (Raaijmakers and Weller, 1998; Ramette et al., 2006; Mazurier et al., 2009) and saprophytic fungi that inhibit soil-borne pathogens through parasitism or competition for limited nutrients (Borneman and Becker, 2007). Hence, our knowledge of the biology and mechanisms underlying the disease suppression function of soils is limited and so far has not considered the vast majority of the indigenous microflora.
A key goal of the EcoFINDERS project is to identify microorganisms that play an essential role in the disease suppression function of soils. The results will generate policy-relevant and cost-effective tools (i.e. microbial indicators and molecular markers), to assess and monitor: (i) the antagonistic capacity of soils, and (ii) the effects of management strategies the incidence of soil-borne diseases.

Going back to the roots: the microbial ecology of the rhizosphere

The rhizosphere is the interface between plant roots and soil where interactions among a myriad of microorganisms and invertebrates affect biogeochemical cycling, plant growth and tolerance to biotic and abiotic stress. The rhizosphere is intriguingly complex and dynamic, and understanding its ecology and evolution is key to enhancing plant productivity and ecosystem functioning. Novel insights into key factors and evolutionary processes shaping the rhizosphere microbiome will greatly benefit from integrating reductionist and systems-based approaches in both agricultural and natural ecosystems. Here, we discuss recent developments in rhizosphere research in relation to assessing the contribution of the micro- and macroflora to sustainable agriculture, nature conservation, the development of bio-energy crops and the mitigation of climate change.