Microorganisms are essential for the majority of soil ecosystem functions and services. They play a central and essential role in the biogeochemical cycling of soil nutrients. This ensures the turnover and supply of nutrients that are essential for plant and crop growth, through the inter-conversion of different forms of nitrogen, sulphur and phosphorus, interlinked with the carbon cycle. Microorganisms are responsible for the degradation of organic matter, which controls the release of plant nutrients, but is also important for the maintenance of soil structure and sustainability of soil quality for plant growth. Microbial activity in soil is also responsible for carbon losses to the atmosphere through respiration and methanogenesis, and microorganisms are required for remediation, through degradation of organic pollutants and immobilisation of heavy metals, providing obvious examples of improving soil quality. 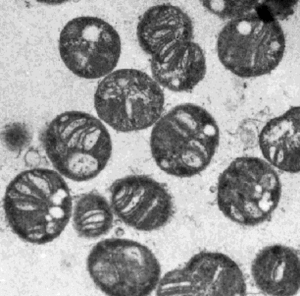 Thus all microbiological activity in soil contributes to cycling of nutrients and other ecosystem functions and all soil functions contribute to ecosystem services. There is therefore a need to focus studies and, in this programme, emphasis is placed on two nitrogen cycle processes: nitrification and denitrification. 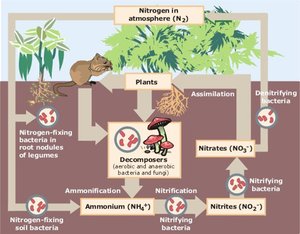 Nitrification is the oxidation of reduced forms of nitrogen, typically ammonia, via nitrite, to nitrate. The first, rate-limiting step of nitrification, ammonia oxidation, is performed by a relatively restricted group of two genera of autotrophic chemolithotrophic bacteria within the Betaproteobacteria and by recently discovered archaeal ammonia oxidisers, which fall within the Thaumarchaeota. Diversity within these groups is characterised by sequence analysis of 16S rRNA genes and ammonia monooxygenase (amoA) genes, which encode a key functional enzyme within this group. Nitrite oxidisers belong to four phylogenetic groups within the Proteobacteria and are characterised by analysis of 16S rRNA genes and functional genes (nor) encoding nitrite oxidoreductase.

Nitrification has a central role in the soil nitrogen cycle, linking the most reduced and most oxidised forms of nitrogen. It oxidises ammonia generated by organic matter mineralisation and fertiliser addition, producing nitrate and acid. In terms of ecosystem services, therefore, nitrification reduces accumulation of ammonium, determines the relative amounts of different inorganic nitrogen sources available for plant and crop growth and is responsible for significant loss of added nitrogen fertiliser (typically >50%). Nitrification also leads to soil acidification and, with denitrification, is the main biological process involved in the production of nitrous oxide, an important greenhouse gas with a global warming potential approximately 250-fold greater than that of carbon dioxide and the dominant ozone-depleting gas emitted. 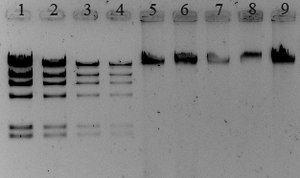 The diversity of microbial communities determining soil ecosystem function is enormous. Most soil microbes cannot be cultivated in the laboratory but molecular techniques now enable cultivation-independent analysis of microbial diversity and abundance. These techniques have revolutionised our understanding of the links between diversity and function of nitrogen cycling organisms, particularly ammoniaoxidisers and denitrifiers. They have uncovered novel microbial groups performing these ecosystem functions and have identified relationships between diversity and environmental characteristics. Initial studies were based on analysis of extracted DNA, which provided information on ‘standing crops’ of nitrifiers and denitrifiers and changes in relative abundances of different groups in response to environmental change. More recent developments in stable isotope probing and analysis of transcriptional activity give more information on activity of specific groups. High-through put sequencing provides further potential for more rapid and detailed analysis of nitrifier and denitrifier community structure and transcriptional activity, while development of methods for quantification of functional genes enables distinction between effects of abundance and community composition on process rates.

The availability of molecular techniques can also target microorganisms performing specific functions and the relative ease with which nitrification and denitrification activities can be measured make these functional guilds excellent model communities for investigation of relationships between microbial diversity and ecosystem function. As a consequence, molecular fingerprinting of nitrifiers and denitrifiers has been proposed as important in developing indicators of soil quality.

EcoFINDERS will remove these limitations through coordinated analysis of a range of geographically distributed sites with different nitrifier and denitrifier abundance, community composition, transcriptional activity and process rates under equilibrium conditions and following perturbations. The aims are to increase understanding of (i) the microbial nitrogen cycling capacity of soils and how it is affected by land management strategies and (ii) the effect of management strategies on the ability of soils to emit or mitigate the greenhouse gas nitrous oxide. It will test the hypotheses that soil biodiversity efficiently and effectively indicates the direction and rate of changes in soil functioning and associated ecosystem services and that biodiversity buffers the response of ecosystem services to anthropogenic changes, through enhanced resistance and resilience. The findings will also generate policy-relevant and cost-effective tools and bioindicators to assess the importance and predictability of diversity, and changes in diversity, on ecosystem functions and services.