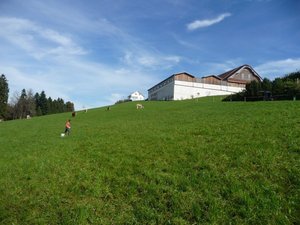 Generally, plants regulate the quantity and quality of resources available for the functioning of the decomposer community and for obligate belowground biotrophs, such as root herbivores, pathogens and symbiotic mutualists. In turn, the below-ground community influences plant growth and community dynamics indirectly via the activity of the decomposer food web, which regulates nutrient availability to plants, and directly through the action of root-associated biotrophs (Wardle et al., 2004; van der Heijden et al., 2008; van der Putten et al., 2009). In this way, biotic interactions between above- and below-ground communities act as powerful drivers of plant community dynamics and ecosystem properties, and play a fundamental role in regulating the response of terrestrial ecosystems to human-induced global change.

While it has long been recognised that soil microbes play a pivotal role in the breakdown of organic matter and release of plant growth-limiting nutrients, resulting in strong feedback mechanisms between above and below ground processes, the last decade has seen several major advances in this area. For example, recent recognition of the importance of direct uptake of organic nitrogen by plants has led to a rethinking of the microbial processes that control nitrogen availability to plants (Schimel and Bennett, 2004; Jones et al., 2005). Recent years have also witnessed a growing understanding of the mechanisms by which mycorrhizal fungi can promote plant diversity, for instance by promoting more efficient exploitation and equitable distribution of nutrients within the plant community (Van der Heijden et al., 1998; Maherali and Klironomos, 2007), and of the role that soil pathogens play in regulating vegetation change via negative-feedback processes (Bever et al., 1997; Klironomos, 2002; Bever, 2003; Kardol et al., 2007). Despite these advances, the contribution of soil microbes to plant community dynamics and ecosystem functioning is still poorly understood, largely because over 95% of microbes are unable to be cultured on conventional media. Recent advances in ecological genomics and the use of micro-arrays to detect genes responsible for key ecosystem processes that influence nutrient supply to plants offer potential to overcome this problem, and improve understanding of the roles that soil microbes play in regulating nutrient and plant community dynamics (Van der Heijden et al., 2008).

The soil also hosts an abundant and highly complex community of animals which derive most of their nutrition and carbon either directly from roots and exudates, or indirectly from feeding on microbes (Pollierer et al., 2007). There is much evidence that faunal consumers of microbes can strongly regulate plant nutrient supply and hence plant growth by altering the balance between microbial immobilisation and mineralisation (e.g. Clarholm, 2002; Ingham et al., 1985; Setälä and Huhta, 1991; Bardgett and Chan, 1999). Moreover, larger fauna, such as ecosystem engineers, can substantially modify the temporal and spatial dynamics of plant communities through several mechanisms, including alteration of soil physical structure, transportation of faecal material and propagules, and influencing the movement of water and soluble nutrients (Bardgett, 2005). Another important development is the recognition that root-feeding fauna that selectively feed on particular plant species can alter plant competitive interactions and hence community dynamics (Bradford et al., 2002; De Deyn et al., 2003), and that compositional changes in the soil food web, including changes in the architecture and diversity of soil animal communities (Laakso and Setälä, 1999; Liiri et al., 2002) and broad shifts between fungal and bacterial-based energy channels, have consequences for decomposition and nutrient cycling, and hence plant growth (Wardle et al. 2004; Van der Heijden et al., 2008; Mulder et al., 2009). However, understanding the functional consequences of changes in soil food web composition also requires consideration of environmental context, in that the role of soil biotic interactions relative to abiotic factors in regulating nutrient cycling will vary under different environmental conditions across Europe (Bardgett, 2005). A key aim of EcoFINDERS will be to use a range of experimental approaches to identify the soil biodiversity components that regulate plant diversity and composition across a range of environmental conditions in Europe, and the consequences of feedbacks between above- and below-ground communities for ecosystem services.

Soil carbon (C) storage is dependent upon the complex dynamics of fresh and native organic matter cycling, which are regulated by plant and soil-microbial activities. A fundamental challenge exists to link microbial biodiversity with plant-soil C cycling processes to elucidate the underlying mechanisms regulating soil carbon. To address this, we contrasted vegetated grassland soils with bare soils, which had been plant-free for 3 years, using stable isotope (13C) labeled substrate assays and molecular analyses of bacterial communities. Vegetated soils had higher C and N contents, biomass, and substrate-specific respiration rates. Conversely, following substrate addition unlabeled, native soil C cycling was accelerated in bare soil and retarded in vegetated soil; indicative of differential priming effects. Functional differences were reflected in bacterial biodiversity with Alphaproteobacteria andAcidobacteria dominating vegetated and bare soils, respectively. Significant isotopic enrichment of soil RNA was found after substrate addition and rates varied according to substrate type. However, assimilation was independent of plant presence which, in contrast to large differences in 13CO2respiration rates, indicated greater substrate C use efficiency in bare, Acidobacteria-dominated soils. Stable isotope probing (SIP) revealed most community members had utilized substrates with little evidence for competitive outgrowth of sub-populations. Our findings support theories on how plant-mediated soil resource availability affects the turnover of different pools of soil carbon, and we further identify a potential role of soil microbial biodiversity. Specifically we conclude that emerging theories on the life histories of dominant soil taxa can be invoked to explain changes in soil carbon cycling linked to resource availability, and that there is a strong case for considering microbial biodiversity in future studies investigating the turnover of different pools of soil carbon.

Connecting the green and brown worlds: allometric and stoichiometric predictability of above- and below-ground networks

We examine the potential of trait-based parameters of taxa for linking above- and below-ground ecological networks (hereafter ‘green’ and ‘brown’ worlds) to understand and predict community dynamics. This synthesis considers carbon, nitrogen and phosphorus-related traits, the abundance of component species and their size distribution across trophic levels under different forms of management. We have analysed existing and novel databases on plants, microbes and invertebrates that combine physico-chemical and biological information from (agro)ecosystems spanning the globe. We found (1) evidence that traits from above- and below-ground systems may be integrated in the same model and (2) a much greater than expected stoichiometric plasticity of plants and microbes which has implications for the entire food-web mass–abundance scaling. Nitrogen and phosphorus are primary basal resources (hence, drivers) and more retranslocation of P than of N from leaves will lead to higher N:P in the litter and soil organic matter. Thus, under nutrient-rich conditions, higher foliar concentrations of N and P are reflected by lower N:P in the brown litter, suggesting less P retranslocated than N. This apparent stoichiometric dichotomy between green and brown could result in shifts in threshold elemental ratios critical for ecosystem functioning. It has important implications for a general food-web model, given that resource C:N:P ratios are generally assumed to reflect environmental C:N:P ratios. We also provide the first evidence for large-scale allometric changes according to the stoichiometry of agroecosystems. Finally, we discuss insights that can be gained from integrating carbon and nitrogen isotope data into trait-based approaches, and address the origin of changes in Δ13C and Δ15N fractionation values in relation to consumer–resource body-mass ratios.