Agriculture in Romania includes both specialized and mixed farming. Nonetheless, it can be characterized as strongly polarized: nine out of ten farms are small-size farms (less than 5 ha), accounting for about one third of the country’s agricultural area. Only 0.4% of all Romanian farms are in fact large agricultural holdings (over 100 ha), but they are operating half of the country’s agricultural area. Production patterns are different according to farm size and landscape in Romania: small and medium holdings are mostly mixed farms. As the economic and farmland size increases, there is a higher production specialization trend. Plains are dominated by large specialized agricultural holdings producing cereals and oilseeds while hilly and mountain areas typically are small-scale and quite diverse farming systems, integrating various crops, livestock and orchards.

Small mixed farms proved to be the most resilient microeconomic systems in the Romanian rural areas. The lack of strict specialization and relative low dependence on external influences (such as specialized markets, banks, input providers) allows them flexibility in production and sales. Yet, there is a strong developing trend, by increasing farmland size, livestock, technological and managerial and activity diversification, such as primary processing and agro tourism, aiming at better inclusion in value chains, as well as providing private and public goods and services.

The Romanian MiFAS case study is primarily engaged in the territory of LAG Tinutul Posadelor - a mountain and hilly area in central-south part of the country, where covering 1770 km2, 61000 inhabitants and 28000 farms out of which 60% of farms are smaller than 1 ha and other 38% are operating agricultural areas between 1 and 5 ha. Although integration of trees and shrubs with agricultural crops and animal husbandry is not a common practice in today’s developed European agricultural systems, it is however quite common in the Romanian small farms agricultural system.

MIXED project works with a group of 8 smallholder farmers in the mountain area, practicing diverse mixed systems that include crops, livestock (mostly cattle and sheep), natural pastures and orchards (trees and shrubs), combined with agro tourism. Among Romanian MiFAS farmers, interactions are still quite limited, relying mostly on information exchange and sharing of manure platforms owned by town halls, associations or private beneficiaries.

Some of the objectives of the project related to the Romanian MiFAS are: increasing awareness of mixed farming, further diversification of activities, including local forests in mixed agricultural systems, better cooperation among farmers, sharing experiences and improving their practices, better integration in local and regional supply chains thus increasing profitability. An important challenge is increasing awareness of environmentally friendly agricultural practices, landscape and biodiversity conservation.

Both the academic partner (IEA-AR) and the network coordinator (GAL-TP) will be closely involved in the field workshops, participatory action research projects, data collection and analysis activities, as well as in fostering sharing experiences with other Romanian and foreign MiFAS, creating valuable knowledge together with farmers, and promoting innovative actions aiming at further development and increasing profitability of mixed systems. 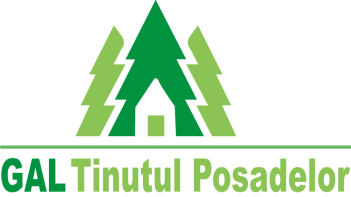