Testing and development of the hare model was performed using pattern-oriented modelling approaches. One of the key areas of interest was to determine what regulates hare density.

The approach taken was to compare model performance with perhaps the most complete data set on hares which is from a long term study of Illumø island 1959-1974: 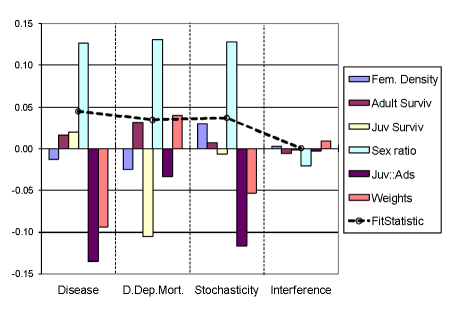 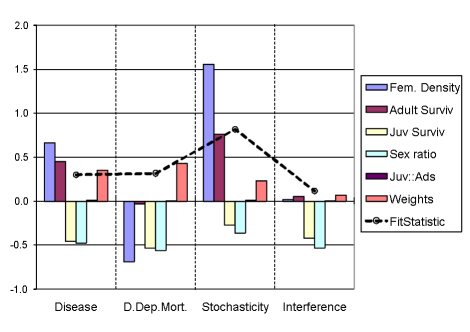 Fig 2. This graph shows the model fit to variance of the same patterns as those shown in Fig. 1

This procedure clearly identified social-interactions (Interference) as the most likely cause of population regulation on Illumø. These interactions led to oscillatory dynamics which were also recreated by the model. These effects were much more difficult to observe in larger simulated landscapes, perhaps why there is no more than a hint of this mechanism in other real world studies.

The model has subsequently been used to evaluate impacts of hunting and suggest conservation strategies for hares, see Game Management.