Because ALMaSS is a highly mechanistically rich model, it is capable of predicting responses to a wide range of drivers including climate change. The results are not always as simple as expected. For example we used ALMaSS to predict the impact of a 2 degrees temperature increase on skylark populations in Danish fields, with the expectation that the increase would be positive because: 1) There would be a higher insect biomass, 2) The breeding season would start earlier and therefore be longer.

However the result was that predicted population size fell: 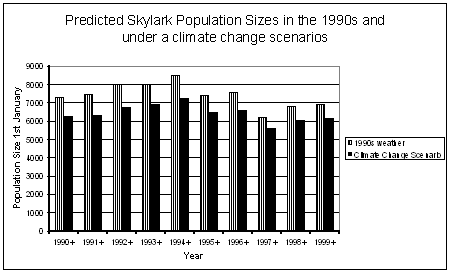 The reason for the decrease was that although there were more insects, and the breeding season did in fact start earlier, these were not the limiting factors on the skylark population, rather the limiting factor was the physical structure of the crops. The temperature change also altered crop growth which reduced the effective length of the breeding window: 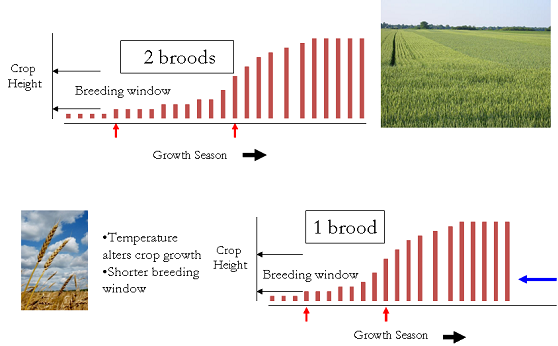