Description of the Dutch LTO

The LTO Veluwe, situated in the center of Netherlands, is one of the LTO sites we focus on in EcoFINDERS, with repeated sampling for biodiversity measures and testing of providing ecosystem services. 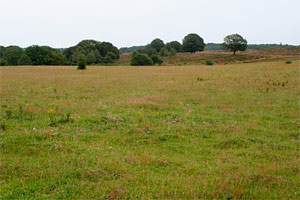 Restoration of species-rich grasslands and heathlands on former agricultural land: a chonosequence

Since the Middle Ages species-rich, semi-natural grasslands and heathland systems had an important role in early agriculture on the Pleistocene sandy soils of the Veluwe, in the centre of Netherlands. These areas were used for sheep grazing and sod cutting. After the introduction of artificial fertilizers, intensification of agricultural practice, land use change and increased levels of atmospheric nitrogen deposition, the distribution of species-rich grasslands and heathlands declined dramatically in the twentieth century. These systems are now regarded as an internationally endangered habitat type, which urgently need restoration and conservation. 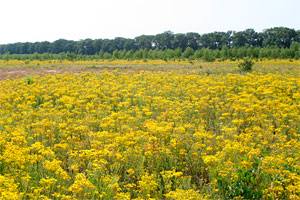 At the rear end a replicate where top-doil has been removed and soil has been inoculated with topsoil from 30-year old field.A chonosequence of former agricultural lands in different stages of land abandonment provides a setting that is ideal to study soil biodiversity and function in a gradient of levels of human impact. These fields are typically managed by low-intensive grazing of natural and introduced vertebrate herbivores, such as roe deer, fallow deer, red deer, horses and Scottish Highland cattle undergoing a transition from an arable system into a species rich grassland. This transition of plant communities associated to agricultural systems to those typical for semi-natural grasslands is a well-accepted model for ecological studies on factors that drive changes in plant communities (Kardol et al. 2006, Ecology Letters, Van der Wal et al. 2006, Soil Biology & Biochemistry, Holtkamp et al. 2011, Soil Biology & Biochemistry). 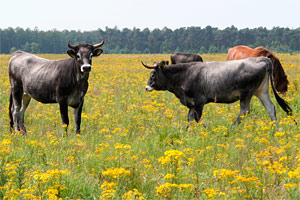 A very prominent feature of these old fields is the performance of Jacobaea vulgaris (syn. Senecio jacobaea), This is the yellow flowering plant on most photographs, especially in the High Disturbance (the most recently abandoned) fields. This early successional species establishes soon after land abandonment and then peaks after 5-10 years at appr. 40 % ground cover. After peaking, the plant gradually disappears from the vegetation, as can be seen on the photographs (Bezemer et al. 2006, Ecology, Van de Voorde et al. 2012, Oikos). Soil pathogenicity and indirect interactions with later successional plant species through plants-soil feedback interactions contribute to the disappearance of this plant species (Van de Voorde et al. 2012 J. Ecology, Oikos). Thus, soil biota plays an important role in suppressing outbreaks of such plant species. When this is not the case, for example when such plant species have been introduced in other geographic ranges, the plants run out of control and become invasive (Van der Putten et al. 2007, ISME-Journal, Inderjit and Van der Putten 2010, TREE). 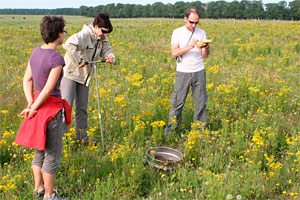 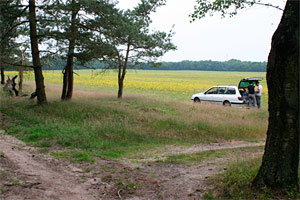 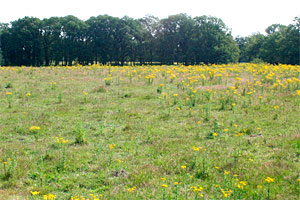 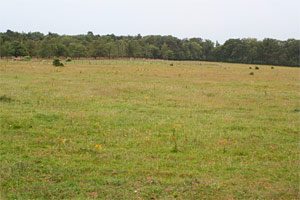 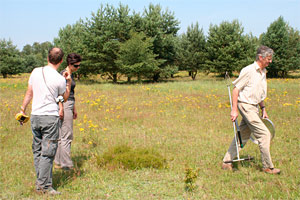 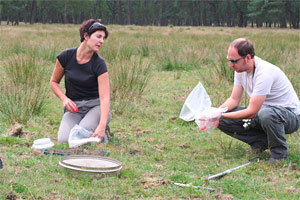