Soils contain an immense amount of biodiversity that support terrestrial ecosystems and benefit humans worldwide. Technological advancements and research at global scales have advanced our ability to identify and quantify soil organisms. Still the ability to integrate soil biodiversity data into an accessible global infrastructure is limited by a few key factors. First, most of soil biodiversity remains undescribed and unknown. There is an enormous amount of soil biodiversity, and clearly describing communities in a taxonomically, phylogenetically and functionally relevant way is still an emerging concept. Second, considering large differences in soil habitats with a broad range of phyla, separate extraction methods are often required.   This has resulted in a lack of congruency and the creation of many disparate datasets. Finally, there is a lack of coordination and networking between scientists studying soil biodiversity and no infrastructure has been established to clearly link data and information at a global scale.

As soil biodiversity data are rapidly accumulating, now is the time to synthesize disparate datasets into a publicly accessible warehouse. In this workshop we will follow up on the efforts of the GSBI in April 2014 (www.idiv-biodiversity.de/sdiv/workshops/workshops-2014/s-soil). In Dijon, the workshop will summarize current efforts, identify potential challenges, and outline a way forward in making such a data warehouse a reality.

Workshop will be held during the final consortium meeting and 20 international soil ecologists will participate.

The keystone of the EcoFINDERS rationale is the crucial role of soil biodiversity for the proper functioning of soil ecosystems in order to sustain ecosystem services such as food and fiber production, water retention, and disease control. The project is further unique in recognizing and integrating the fundamental role of both microbes and fauna. However, characterization of the huge soil faunal diversity still relies heavily on the slow and expert-dependent process of identification of individuals based on morphological characters. One of the objectives of the EcoFINDERS project is therefore to make a significant step forward towards the establishment of high-throughput molecular assays as a routine for assessing and characterizing faunal diversity. Such NGS-approaches promise the automated identification of large sets of different groups of soil fauna with a single method. In this workshop we will discuss and assess the state-of-the-art of these methods, their practicalities and pitfalls, their feasibility, their potential of standardization, and their relation to traditional methods of morphological identification. Presentation of objectives and results from the EcoFINDERS project as well as the input of three external speakers will hopefully fuel a lively discussion of all participants.

The workshop is a one day event on Monday 10 Feb 2014 previous to the 3rd Annual Meeting of the EcoFINDERS project.

The maximum number of participants is limited to 25, due to logistic constraints. Therefore, you are kindly requested to register as soon as possible, and no later than 10 January 2014, by sending an Email to Arjen de Groot (g.a.degroot@wur.nl) or to Rüdiger Schmelz (rmschmelz@gmail.com). The first 25 people to register will be able to join. Be prepared to confirm your intent to participate on Jan 13th or a few days later.

More detailed information for participants will be provided in January 2014. We will have to raise a small fee of approximately € 6,- (£ 5,-) to be paid in cash at registration. We'll have lunch at own expense in a café nearby.

EcoFINDERS will chair symposium 11.2 on Soil Biodiversity and Ecosystem Services at the upcoming conference EUROSoil2012 in Bari, Italy, 2. – 6. July 2012 with the topic: Soil Science for the Benefit of Mankind and Environment.

More than 50 abstracts have been received for the symposium and 12 – 18 oral presentations are expected, including presentations on results of the EcoFINDERS project.

The topic of the hands-on course was to align the SOP of MicroResp, a potential indicator of soil microbial functional diversity, that has been submitted in WP3 as an SOP, and that will be tested at three different laboratories in an interlab-calibration with soil from the LTO samplings during fall 2012. 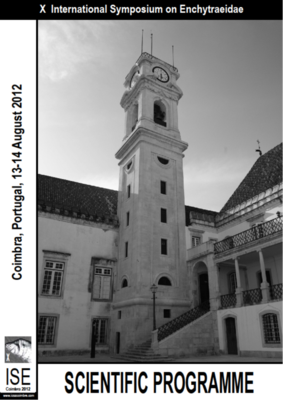