Microbial activity in deep-rooted crops – what goes on down there?

A more targeted recruitment of beneficial microorganisms in an environment of fewer resources. That is one of the main findings in a study focusing on how crops recruit bacteria and fungi in deep soil. The study maps part of the journey of microorganisms from the top soil and down to the deep roots, and findings suggests that plants do benefit from growing deeper roots.

Annemette Lyhne-Kjærbye, Ph.D. fellow in Microbial Ecology and Biotechnology, University of Copenhagen, did her Ph.D. project as part of the Deep Frontier project. The project aims at developing deep-rooted crop systems in order to access nutrient and water from the deep soil layers and thereby increase crop production in a sustainable way.  Annemette Lyhne-Kjærbye’s studies focused on the microbiota of the crop roots and the microbial interaction with the surrounding soil as the roots grow deeper.  From the topsoil it is known that some fungi and bacteria can have beneficial effects on plants, as these can promote the growth of the crop and increase their yield, but very little is known about the microbiota of deep rooted crops and the interaction between the roots and microorganisms in the soil.

”If we look at various crops that have roots below one meter, we actually do not know anything about which bacteria and fungi are present there,” Annemette Lyhne-Kjærbye explains.

Three different crop species were used: Kernza, Lucerne and rosinweed. Different crop species have their own distinct microbial community even if they are grown in the same soil. This is the case in the topsoil, and this study confirmed that the same goes for the subsoil. For the colonization studies the crops chicory and Dyer’s woad were used.

Targeted recruiting – and less variation
One of the interesting findings in the study was, that both the bacterial and the fungal communities associated with the roots down to three meters are less abundant and less diverse than in the top soil, indicating that the abundance and diversity decreases with depth.

Annemette Lyhne-Kjærbye explains:  “We saw more abundant but less diverse communities in the deep soil near the roots compared to the levels in surrounding bulk soil. This indicates that the roots actually create hot spots of microbial growth, meaning more bacteria and fungi near the roots, but less variation. This could mean that the roots are recruiting specific bacteria and fungi. We also looked at the structure of the microbial community and found that this was very different in the deep roots and surrounding soil compared to the topsoil roots. Finally, we mapped what kind of fungi and bacteria we found - and it occurred that many of the taxa from the topsoil root-environment were enriched in the subsoil roots indicating that some of the microbes were better adapted to this environment than others.”

Depth have an effect of what kind of microbial communities are found partly because the nutrients available are not the same at different depths. The three different crops tested grew in the same type of soil, but they recruited very different bacteria not only in the topsoil, which was already known, but also in the deep soil, indicating that crops in a way ‘choose’ their own microbiome. Many of the bacterial genera found includes species known to be beneficial to plants. This suggests that despite a lower general nutrient level in the deep soil, the crops may potentially recruit bacteria that can help with nitrogen uptake and other processes that benefit the plant.

Colonization processes – top-down, or?
From the onset, the hypothesis was that the deep root microbiome would be recruited at the different soil depths, but the study showed that it was a mix of bacteria and fungi travelling down with the roots and some being recruited in the deep soil. However, the study did not distinguish between what was found inside the root and what was found in the soil just around the root. Thus, some of the bacteria travelling down might do so because they live inside the root.

This ‘journey’ of microorganisms, as the roots grow deeper, points to the potential of adding plant probiotics that might be able to grow and reach the deep roots and thus have an effect on the overall plant health.

First study of its kind
Annemette Lyhne-Kjærbye says:-“It was very interesting to see, that different crops recruit differently and more targeted even though the reservoir of bacteria and fungi are lower in the deep soil.”.

Even though forestry researchers have studied microbial activity below one meter depth, this study is breaking new ground because it focuses on crops. The perspectives for further studies are numerous:

“In this study, we did not distinguish between the inside of the root and the rhizosphere soil. A natural next step would be to divide those samples and see how many of the findings are related to bacteria and fungi living inside the root and how many are from the rhizosphere.

Further studies might also look into colonization and taxa, to see if the fungi and bacteria recruited in the deep soil do have beneficial qualities for the plant and which ones. I hope this can be an inspiration for further exploration in the microbial activity in deep rooted crops,”  Annemette Lyhne-Kjærbye says. 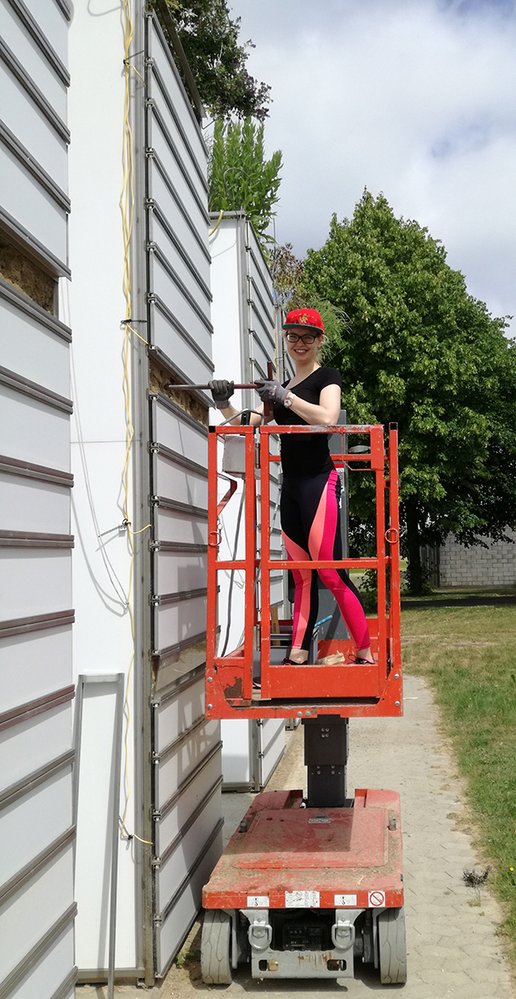 The Deep Frontier project is funded by the Villum Foundation and is carried out by: