Deep roots have become a hot topic in agricultural science. That is due to the fact that they allow the crop to exploit unused nutrients and water from the deep soil layers thereby increasing the sustainability of agriculture. However, most of the current agricultural cropping systems cannot utilize deep soil resources efficiently. The main limitation is the rooting depth, which it too shallow to access what subsoil has to offer. Intercropping is a one way to enhance the deep root growth of agricultural crops.

Intercropping, which is growing multiple crops simultaneously on the same piece of land has been proved superior to mono cropping in terms of soil volume explored. This is due to interspecific interactions: root competition. In other words, when two different crops are grown together, each of them has a unique rooting system that can explore the soil differently. Specifically, when then resource niche of the two crops overlap, roots are displaced into different parts of soil, which increases their overall rooting depth and enhances chances for nutrient uptake.

In the Deep Frontier project, we studied whether intercropping sugar beet with chicory increases the deep root growth and nutrient uptake compared to the two crops grown in monocultures. The decision about which crops to use is very important. Sometimes, crops can be too competitive, which will negatively affect the overall intercrop performance. Our aim was to include two crops with similar physiological characteristics, which should result in an equivalent competition for resources and thereby investment in deep root growth. Both, sugar beet and chicory have a strong tap root system that can explore soil to great depths. Both plants are biannual, meaning they have similar growing periods, and will most likely require nutrients at the same time, which will further increase the interaction between them. 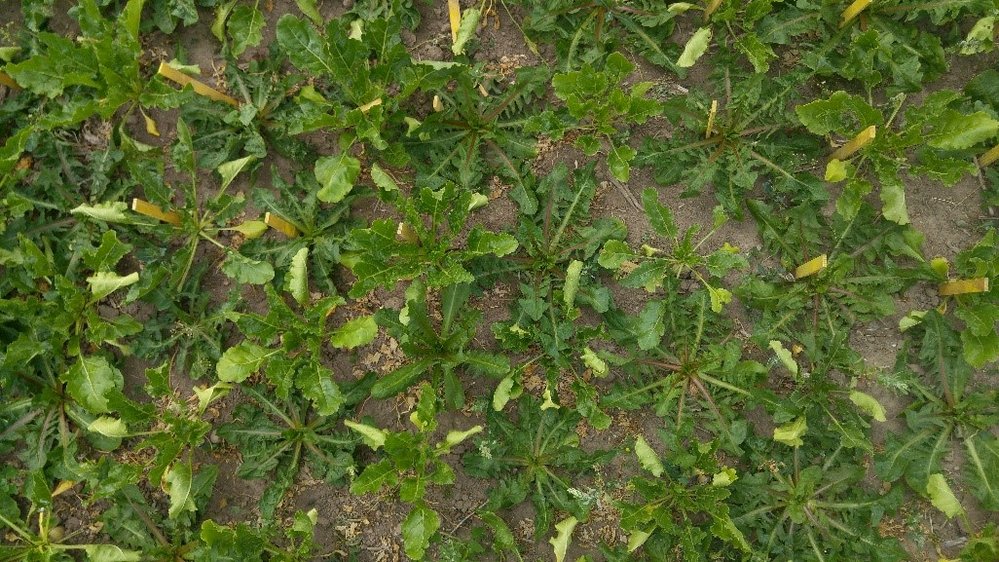 Our preliminary results showed that at harvest intercrops had the deepest roots reaching 3 m depth. Intercropping also had more abundant roots at 2.5 and 3 m depth compared to sole sugar beet. This demonstrates that intercropping is an applicable tool to increase the overall deep root growth. However, we also found that it was chicory roots that dominated in the intercropping and that intercropped chicory took up more nutrient tracers at 1 m depth compared to sole chicory. Whether, this could have been due to greater competitive abilities of chicory roots need further investigation.  Furthermore, at harvest, intercropping was 5, 22, 14, and 22 % more efficient in terms of total biomass production and total N, P, and K uptake, respectively, which means that intercropping favoured the combined growth and yield of sugar beet and chicory.

Increasing the deep rooting in current cropping systems has been a goal in the quest for reducing the use of external inputs by farmers and also for adapting to changing climate conditions with more frequent dry periods. The key to increase the root growth in current cropping systems is to understand the nature of interactions between crops.  Thus, we believe that our preliminary findings and future investigations on intercropping can eventually be applied to cash crops at a scale that can truly contribute to sustainable crop production.