Keeping dairy cows and calves together

As part of the ProYoungStock project, on-farm trials were conducted on two commercial organic dairy farms in Sweden. Cows on both farms were loose-housed and milked in automatic milking systems. Some of the cows and calves on these farms were included in the study.

Cow-calf pairs were kept together daytime (i.e. separated at night) during the milk feeding period of 90 days. Control cow-calf pairs were separated within three days after birth and the calves were artificially fed 9—10 liters of milk/day from an automatic milk feeder.

The study was done batchwise with three cow-calf pairs and three control cows and calves running at the same time and repeated three times. The cow-calf pairs were randomly assigned to either the trial or control group. In total, 36 cows and 36 calves were included in the study.

Cows’ milk production, composition as well as reproductive performance were measured. The calves were weighted each week. Diseases and treatments were recorded for both groups of cows and calves. 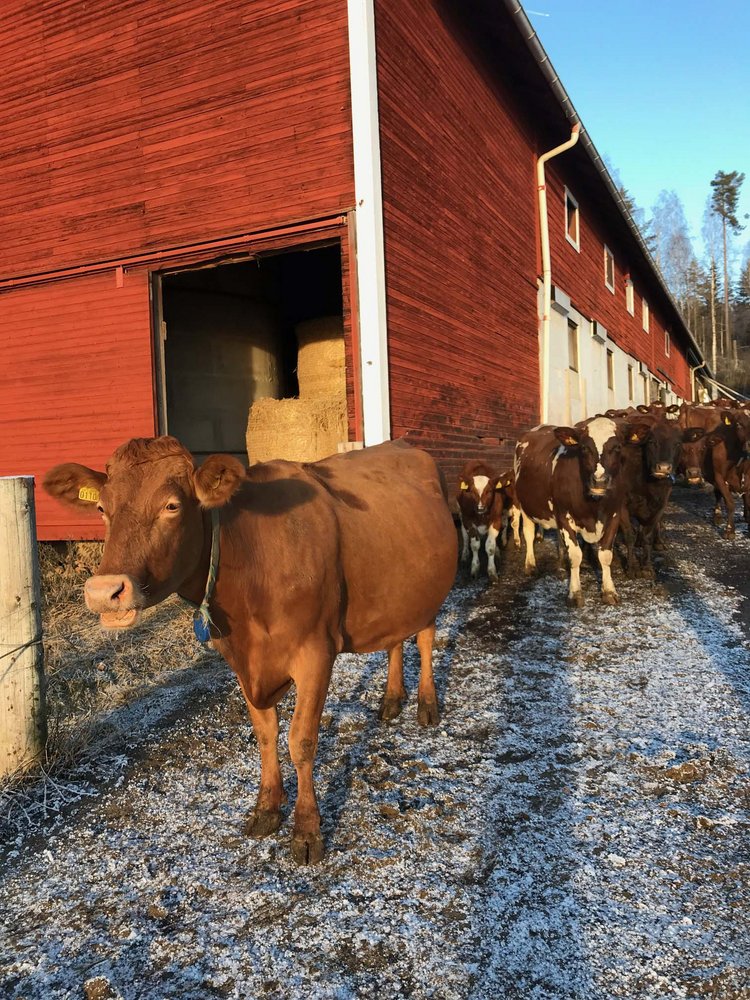 On farm B, the calves were able to enter the lactating cow area through a small calf gate. In the evening the gate was one-sided locked so that the calves could return to the calf pen but no exit to get back to the cows. In this way, cows and calves were kept separated at night.

The calves had free access to concentrates and roughage in the calf creep area on both farms. Data analysis is initiated and interviews with the farmers have been performed. We are looking forward to presenting the results in a scientific journal and in this newsletter later on.