On 1st of December 2019, “La Colombaia” farm, the Italian private partner in the CORE Organic Cofund Greenresilient project, organized an Open Day, called “The LeafEaters”. They invited local consumers to participate in an event on consumer awareness regarding the diversity of leafy vegetables which can be produced locally and the taste of winter production.

During the meeting, researchers involved in the Greenresilient project briefly described how diversified cropping systems can be and the impact this can have on soil health and the environment. After a visit to the experimental greenhouses, researchers from the CORE Organic Cofund ProOrg project described to the consumers how the taste of food is perceived in our mouth and nose.

After that, consumers were invited to taste eight different species of leafy vegetables which are usually cultivated during winter at the farm. These vegetables are mainly exported to Northern European Countries because they more appreciated in those markets than at the local market. The eight species (green lettuce, spinach, lamb’s lettuce, red chard, mitzuna, tatsoi, rocket and red mustard) were characterized by different tastes and consumers were invited to fill in a questionnaire while tasting them. Participants were asked whether they knew about the vegetables they were trying, whether they appreciated the taste, the reason why the taste was not appreciated (too sour, too spicy, too sweet and so on), and whether they would be willing to buy them if offered on the local market. Adults and children were involved in the informal panel on winter leafy vegetables and thirty questionnaires were filled out.

Pictures from the event 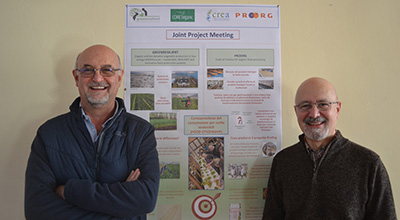 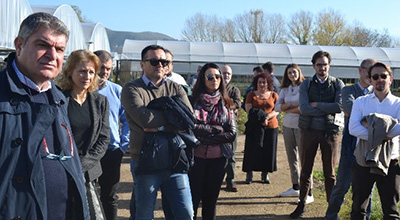 Visit to the experimental greenhouses. Photo by Fabio Tittarelli 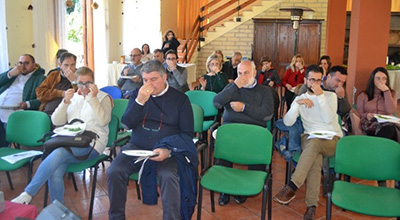 Training for the panel test. Photo by Fabio Tittarelli