To control arthropod pests, cover crops can either directly repel harmful species or indirectly favour beneficials. In the CORE Organic Cofund project BIOVINE plant species are tested for their capacity to reduce the impact of arthropod pests.

The capacity of plant diversity to increase the resistance of crops towards pests and invasive species is well-known. However, monocultures such as vineyards do not fully exploit the potential of plant diversity. BIOVINE aims to develop new viticultural systems based on increased plant diversity within (e.g., cover crops) or around (e.g., hedges, vegetation spots, edgings) vineyards by planting selected plant species for the control of arthropod pests, soil-borne diseases and foliar pathogens. To control arthropod pests, plants species can either i) repel arthropod pests or ii) conserve and promote beneficials. An extensive systematic literature search was performed to identify plant species suitable for repelling the grapevine moth (Lobesia botrana) and for conserving and promoting beneficials.

i) Repel grapevine moth: Allium sativum, Armoracia rusticana, Artemisia absinthium, Lavandula angustifolia, Tagetes sp. and Tanacetum cinerariifolium were identified as potential candidates to repel L. botrana from grapes. Extracts of these plant species were prepared and tested in the laboratory. The tested extracts had neither a strong effect on the survival of L. botrana larvae, nor did they repel larvae from feeding. However, nearly all extracts repelled females from egg laying (Fig. 1). Thus, the extracts from Allium sativum, Artemisia absinthium and Tagetes sp. were retrieved and tested against L. botrana under field conditions. Lobesia botrana infestation was lowest on grapes protected by a mixture of these three extracts. Thus, this mixture of extracts might have potential to protect vines against grapevine moths.

ii) Attract and conserve beneficials: Many beneficials such as predatory mites, spiders, carabids, ladybirds, lacewings, hoverflies and parasitoids feed on pollen and nectar. Their activity can therefore be increased by the provision of nectar- and pollen-rich plant species (e.g. plants from the families Apiaceae, Asteraceae or Fabaceae). Selected cover crops were sown within vineyards in France, Italy, Romania, Slovenia, Spain and Switzerland (Fig. 2) and were sampled for the presence of arthropods according to a common protocol. Although there were large differences in the arthropod communities among the six countries in 2019, cover crops favoured the abundance of arthropods and predators overall. Moreover, predatory beetles were more abundant in vegetated vineyards than in vineyards with bare soil. However, this augmentation in beneficials did not lower the abundance of pests such as grapevine moths, spider mites or the two leafhoppers Emposca vitis and Scaphoideus titanus on grapevines. 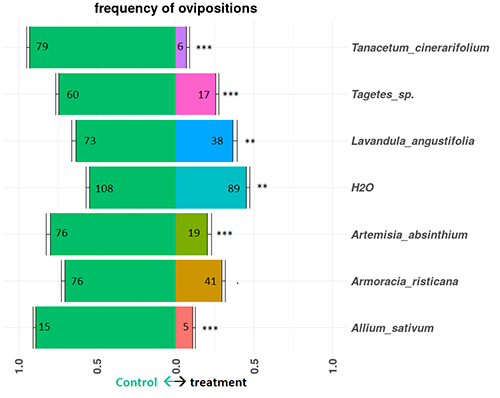