Animal diversity in organic farms: the performances are still being questioned

A study has been realised on the effect of animal diversity on performances of organic commercial farms, in the framework of the Mix-Enable project.

The aim was to assess whether animal diversity, compared to specialised systems with only one livestock enterprise, has a positive or negative economic impact, on the farmer’s revenue (as this is here studied), per hectare, and on the environment through nitrogen balance.This study focuses on 2,077 individuals: the main livestock enterprise is either in dairy cattle (1,365 individuals) or in suckler cattle (712), for a non-constant sample over 17 years. Data come from the Inosys French database that was considered as being the most complete database within the Mix-Enable project. Farms have been classified into the 3 following categories:

Results show that mixRM systems have a gross product much higher than the ones of MixR and spéR systems. They have also higher structural and operating costs, but the difference compared to SpéR and mixR systems is lower than the gross product increase. In the end, the revenue per hectare remains higher in mixRM systems (figure 1, example of beef cattle farms), compared to mixR and spéR systems (that are equivalent). In addition to a higher revenue/ha, mixRM farms also show a lower variability of income between farms. Whatever the system is, the gross margin of ruminants per hectare of main fodder area (MFA for French SFP) is however equivalent (figure 2).

As regards to nitrogen balance, there is a surplus in mixRM systems. The reason is the existence of feed purchases for monogastrics that introduce exogenous nitrogen into the farm system.

In conclusion, animal diversity shows mixed results in the light of the database analyse. Income gains per hectare can be observed only with the presence of monogastrics, but causes at the same time a surplus of higher nitrogen.

The positive impact on the income/ per hectare is probably more linked to the “addition of livestock enterprise” effect than a “diversity” effect, in these systems of organic agriculture. In the Inosys database, we have no information on how effluents are valorised on soils nor on feed management (for example: co-grazing of sheep and cattle), that would enable us to check the level of integration between livestock enterprises. The extra nitrogen balance reflecting probably an insufficient valorisation of organic nitrogen and the lowest autonomy in concentrates, when monogastrics are present, suggest a low level of integration between animals and with plants.

All these results show that animal diversity has apparently no positive - or negative effect!

Figure 1) current result per hectare according to the type of animal diversity, case of farms whose main livestock enterprise is dedicated to beef cattle: 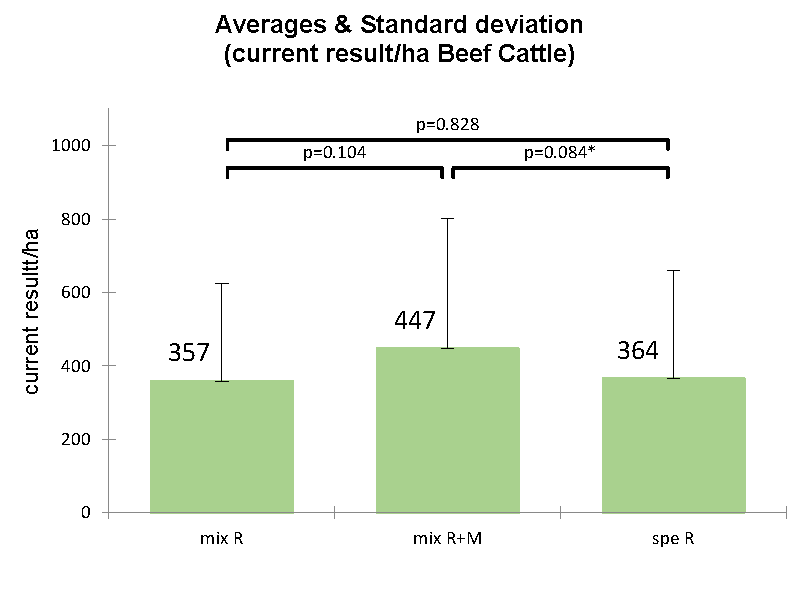 Figure 2) gross margin per hectare of MFA (SFP) according to the type of animal diversity, case of farms whose main livestock enterprise is dedicated to beef cattle: 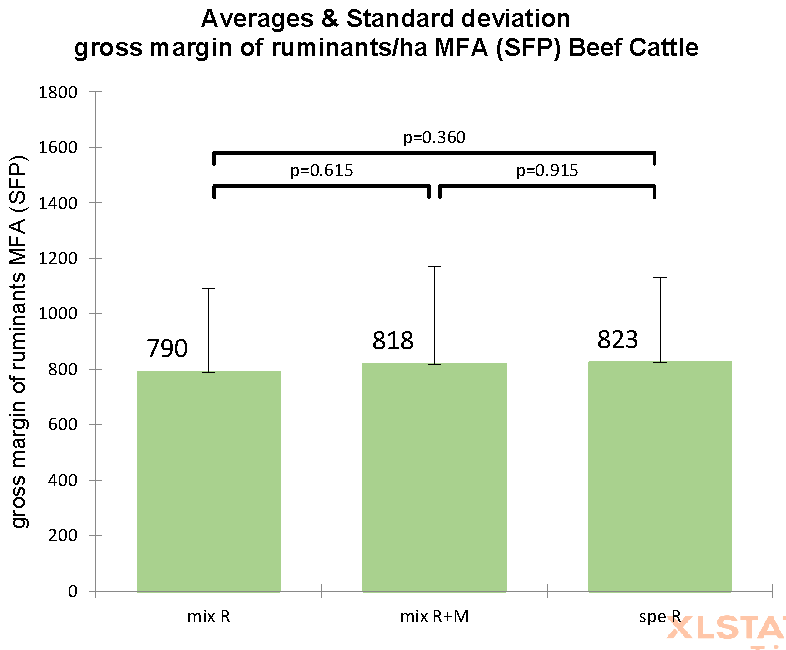