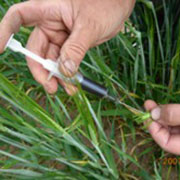 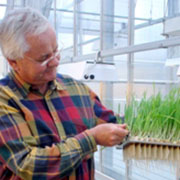 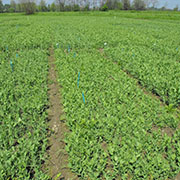 At the mid-term point COBRA has made significant progress in achieving the projects five main objectives. Already two scientific publications have been published from work conducted during the project and a further five papers have been submitted. Many of the experiments planned for COBRA are field studies and therefore the results of these will only become available later in the lifespan of the project after multiple field seasons have been completed. Currently, trials of spring crops have had two full field seasons, whereas autumn sown crops have only had one, so many of the key results at this point are biased towards the former. Some of the key results and conclusions from the project to-date are listed below:

Go to publications from COBRA

The target groups are the same both within project partner countries and those countries outside of COBRA. They include farmers, seed producers, crop breeders, processors, traders & consumers, policy makers and society as a whole.

Although COBRA focuses on organic plant breeding in the EU its findings will have relevance to the wider agricultural sector both within the EU and internationally.