Across Asia, different borders and borderlands are pivotal sites of capital accumulation. While borderlands can themselves be considered as ‘exceptional spaces’ (Jones 2012, Dunn and Cons 2014, Murton 2017) that exhibit ‘graduated sovereignty’ (Ong 2006) owing to their peripheral locations, their gradual transition into vectors of economic growth (Arnold 2012, Tan 2017, Neveling 2019) has created new forms of territorialisation, assemblages and socio-spatial changes (Cons and Eilenberg 2019). These changes challenge dominant ways of understanding and analysing borderlands. Borderlands in Asia now represent a form of ‘nested exceptionalism’ wherein the interplay of exception and rule creates intersections for networks, markets and political rule (Bach, 2011).

​The transformation of borderlands into new territories of capital accumulation has been enabled by the proliferation of ‘Zones’ as a result of specific economic activity and constellations of control and regulation. The spatial enclaving or zoning provides attractive regulatory environments and infrastructure for investment, exploitation and the securitization of resources and populations (Van Schendel 2006, Sidaway 2007, Nyiri 2012).

​We approach the phenomenon of the ‘Development Zone’ as a key location and analytic for understanding the intricate political and economic processes that within the last two decades have turned Asian borderlands into ‘spatial capital accumulation machines’ of experimentation and dispossession (Bach 2011).

Each development zone while entangled, in some form or the other, within the larger global economy, is simultaneously highly localised. Development zones in borderlands therefore come to represent varied political and economic processes, inherent asymmetries of power, and consequent inequalities and exclusions.

Reading space, society and history in Asia through its ruins, edited by Mona Chettri and Michael Eilenberg (IIAS Newsletter, No. 82, 2019). 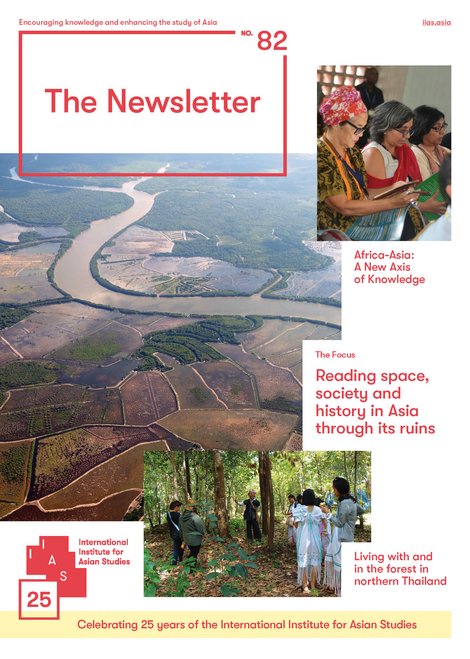 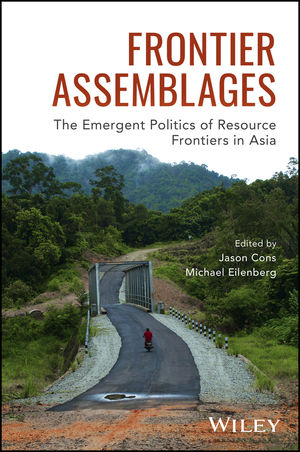 'Cons and Eilenberg’s Frontier Assemblages is a collection of richly textured essays tracing the incorporation of remote areas into new territorial formations in the context of Asia. Framed through the notion of assemblage, the collection speaks to the complexity, lability, and nonlinearity of these transformative processes. It will be essential reading for border scholars and specialists of Asia alike.' — Franck Billé, University of California, Berkeley.

'This fascinating collection sheds new light on the varied dynamics of frontier-making across a diverse and sometimes surprising set of spaces in Asia. It is especially strong on frontier temporalities of anticipation and ruin, and on the productive (not just extractive) work of resource frontiers. Frontier Assemblages is highly stimulating, analytically rich, and not to be missed.' — Derek Hall, Wilfrid Laurier University. 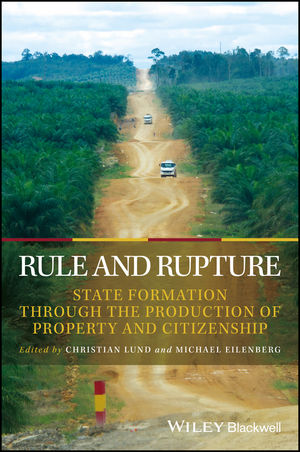 ’Rule and Rupture begins with a striking and original point of departure: the realization that the disposition of property and of the rights of membership in the political community are what constitute public authority. The volume fully realizes its promise in the subtle analysis of both failure and success in case studies. Henceforth I will insist that students read Lund and Eilenberg’s path-breaking book on state-formation in conjunction with the classical text of Max Weber.’
James C. Scott, Sterling Professor of Political Science, Yale University, USA

‘Rule and Rupture provides a fresh and powerful empirical analytic of State formation. By focusing on the dialects of recognition that create both authorities and rights holders, the volume shows us how society is constituted through multiple social contracts. The book offers a truly new and exciting approach to the material study of society and social change.’
Jesse Ribot, Professor of Geography, University of Illinois, USA