Trust and Risk in Literature Network

In Macbeth, Duncan, the king, calls the traitor Cawdor, who has just been executed, ‘a man upon whom I built an absolute trust’. A moment later he gives Cawdor’s titles and the trust that goes with them to Macbeth who promptly murders the king in his sleep. ‘Trust’ is a thing that Shakespeare and writers of many periods had a deep interest in exploring, a notion that changes as the newer concept of ‘risk’ is introduced in the 17th century. Literary criticism has failed to explore this aspect of literature despite vigorous new research in ‘Trust Studies’ in other fields such as business studies, systems management, governance, law, economics, and social anthropology. This is particularly surprising as issues of trust and risk have been foregrounded in texts as diverse as Shakespeare and early modern writers as well as 20th and 21st century authors like J.M. Coetzee and Michel Houellebecq.

This new network aims to explore how best to connect the ethical, philosophical and linguistic expertise of literary studies to this growing research in ‘Trust Studies’, which identifies risk as a way to modify traditional understandings of trust. One aim of this multicultural and interdisciplinary network will be to begin to trace a history of literary engagement with trust at different moments of cultural crisis—the Reformation, the English Civil Wars, the Industrial Revolution, the British Empire, WWII, American hegemony, the dominance of Capitalism and so on. Another aim will be to identify how trust was visualised in different modes of experience—between individuals such as kinsmen and lovers, or trust between a populace and the institutions of governance. A third Aim will be to explore how the relatively recent notion of risk (a word that dates, in English, from the 17th century) changes the way in which writers engage with crisis.

Other scholars are welcome to attend any of our meetings.  If you would like to attend, please send a 200 word proposal to Joseph William Sterrett.

Scholars will explore and share papers on how literature from different historical periods represents trust and problems with trust between individuals and among networks of personal relationships. How is trust related to and challenged by group identity, say in The Merchant of Venice? What are the problems presented by trust between friends? How do matters such as dissemblance and manipulation affect trust between close relations? How, for example, does Holocaust literature problematise each of these scenarios? How do examples from literature bring the foreigner or ‘other’ into relationships of trust?

Scholars will explore and share papers on the way that literature from various periods has interrogated the nature of trust between governing institutions and the wider populace: kings and the court, trust between social classes, trust between the police, public and prisoners. Other areas that may be touched upon, particularly with 20th and 21st century literature, are trust within corporate structures or mass movements, possible examples being One Flew Over the Cuckoo’s Nest, Catch 22, or Disgrace.

This meeting will take as its focus the work of Anthony Giddens and Ulrich Beck on risk and society. While much of the importance of their work focuses on ‘manufactured’ risks brought about by modernity and has immediate usefulness in environmental criticism, one objective will be to extend their thinking about ‘risk societies’ into the early modern. Linguistically and intellectually, how did risk, a notion that came to denote a sense of quantifiable hazard, overtake or modify the notion of trust during the seventeenth century? How do the two terms function today (Giddens and Beck both frequently use the terms in a correlative way) and how have contemporary writers represented the ‘risk society’ in their work? How have writers from different periods represented the flow of money and the opportunities or dangers it presents? 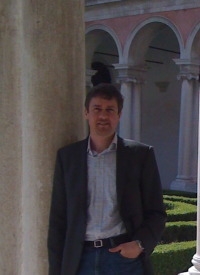 This network has been created with the generous support of the Danish Research Council.