The project is an interdisciplinary (theology and sociology of religion) study of the new expanding religious pluralism in Latin America and the consequences of change for the largest faith community in the region, the Catholic Church. Missionary Pentecostalism, re-vitalized Afro-Caribbean and pre-Colombian cults as well as individualized Christianity have challenged the Catholic religious monopoly. Based on a case study from Guatemala and in comparison with ethnographic data from throughout the region this project will study the mutual relationship between the different religious actors using P. Bourdieu’s notion of the religious field. In the interplay between ethnographic data, sociology and theology the project will attempt to formulate a new more praxis-oriented ecclesiology, which can better incorporate the internal diversity and apparent contradictions between “the priest, the prophet and the healer”. 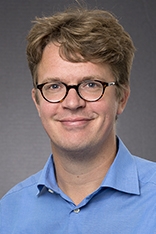 Part of Christianity and Theology in Culture and Society