IPM in the real world

A workshop on demonstration farms gave practical insight into the challenges facing farmers with regard to weeds, diseases and pests.

The C-IPM workshop on demonstration farms offered a first class opportunity for policy-makers government officials, scientists and agricultural advisors to get mud on their boots, see crops in the field and learn straight from the horse’s mouth about the practical management challenges regarding weeds, diseases and pests that face farmers. 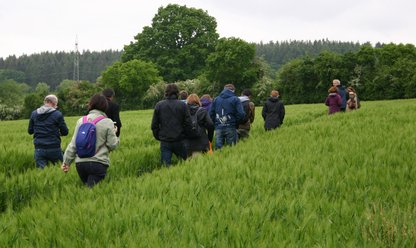 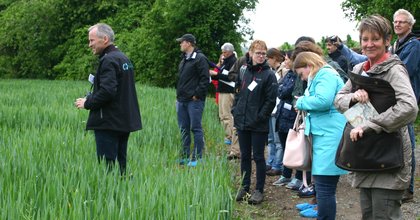 The workshop was held in Germany 24-25 May 2016 and consisted of two parts: a visit to an IPM demonstration farm in Mehernich one hour’s drive from Bonn followed the day after by a meeting in Bonn during which representatives from five different European countries presented how demonstration farms are organized, financed and applied in their countries. 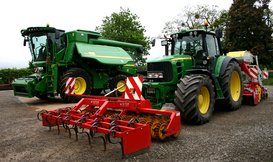 The modern and the traditional meet at the farm of Volker Scheidtweiler.

Practical issues in the field

The second part of the farm visit was of a more practical nature. A sprayer with drift-reducing nozzles and a closed system that minimizes the risk for the farmer of coming into contact with the pesticides was demonstrated. The closed system also makes it possible to clean the sprayers on the spot from the tractor house in four minutes instead of having to drive back to the farm and clean with a pressure cleaner. The closed system thus reduces the risk of pesticide contamination.

This part of the farm visit also encompassed a visit to the fields of arable crops, which included winter wheat, winter barley and sugar beet. Field advisors were on hand to explain the demonstration fields, their structure, and the major obstacles there are in terms of pest attacks and application of IPM. 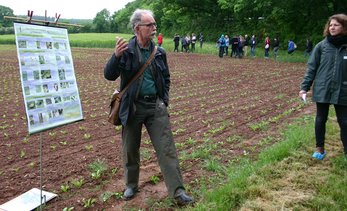 The state of IPM demonstrations farms in Europe

The second day of the workshop focused on the functioning and structure of demonstration farms in Europe. In his opening address Antoine Messéan, coordinator of C-IPM, mentioned that defragmentation is a challenge with regard to IPM. A more interdisciplinary approach to the issue is required. There is a paucity of experiments with a holistic, systemic approach to the problem and not enough funding for research in IPM, especially for long-term experiments. In addition, there is insufficient transfer of knowledge from research to practical application in the field. 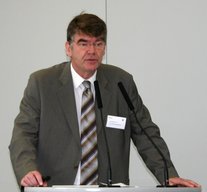 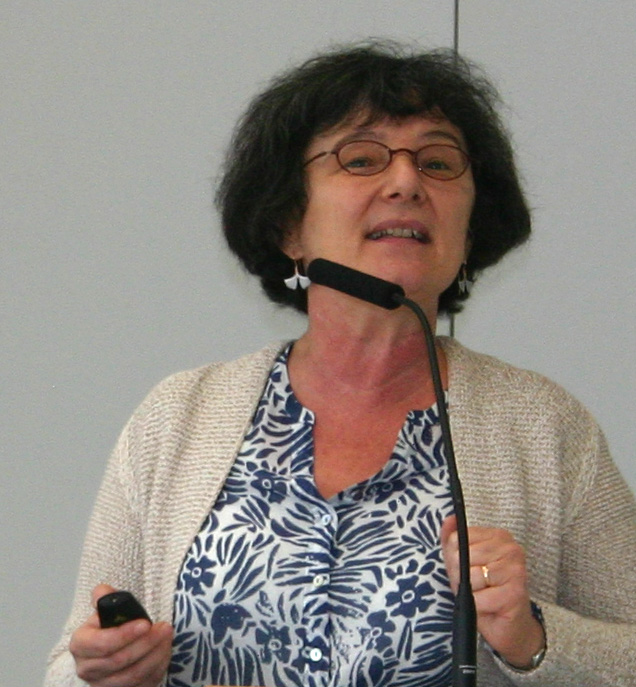 Patrizia Pitton from the European Commission gave a talk on the Sustainable Use Directive and its implications for IPM in addition to outlining the main ongoing actions for sustainable plant protection in the EU. She pointed out that there is a scarcity of IPM expertise in the EU. However, there is progress with regard to the number of member countries with advisory services and dissemination of IPM guidelines and demonstration farms. Read more about this work here.

As described by the next speaker, Inge Van Oost from the European Commission, the European Innovation Partnership (EIP) concept is well-suited to the holistic and applied approach. One of the EIP areas is agriculture.

After the introductory and general talks the agenda turned to more specific descriptions of demonstration farms and IPM in five different European countries. The first of these was from Denmark. Under the motto “As little as possible but as much as necessary” Poul Henning Pedersen from the Danish national advisory service Seges described how IPM is implemented in Denmark. 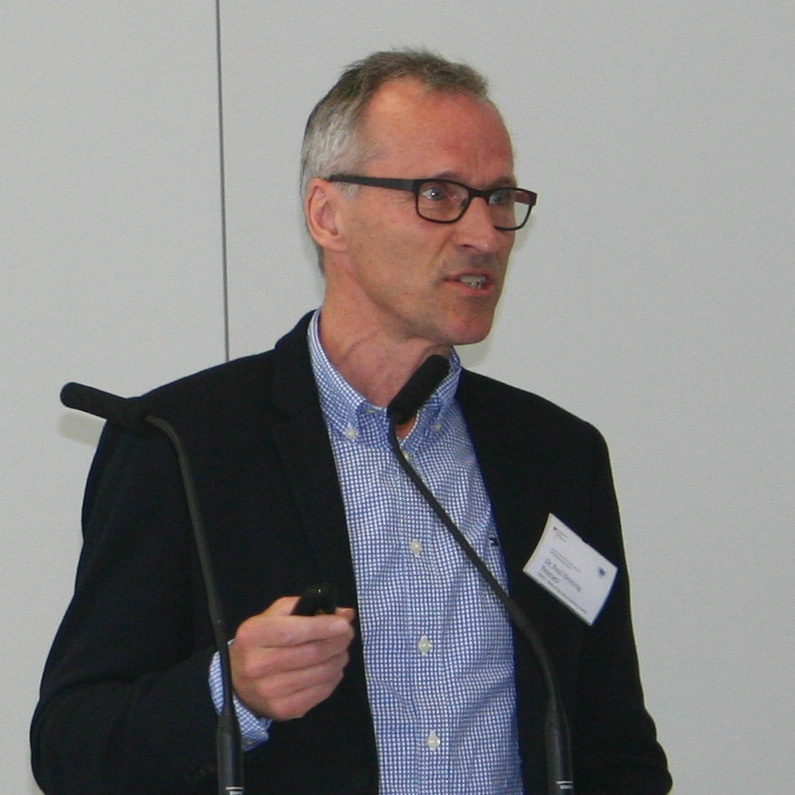 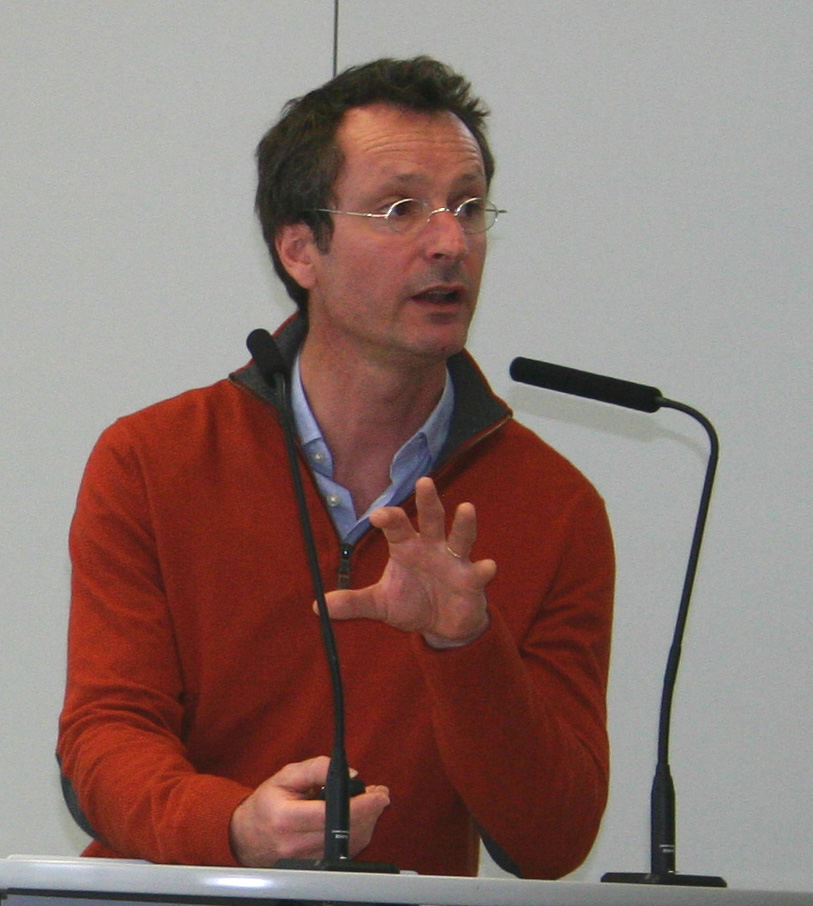 Twelve per cent of Danish arable crop farmers receive IPM advice. A survey indicated that increasing awareness of IPM also increased the use of IPM. However, the trend in Europe is a treatment frequency index that is on the rise due to a decreasing availability of active ingredients, climate change and problems with pesticide resistance. The challenge is to find the short and long term economic drivers that can motivate farmers to adopt alternatives to pesticides within the IPM framework.

From the French National Institute for Agricultural Research (INRA) Nicolas Munier-Jolain described a system called DEPHY. This is a network that was established to demonstrate that pest management based on a reduced reliance on pesticides can be economically viable for farmers. The network consists of 1900 farms. Although treatment frequency index on the demonstration farms was reduced significantly, not all of the farms had a positive outcome with regard to effect and profitability. The French goal is to cut pesticide use as much as possible by 2025.

In Germany Annett Gummert coordinates the national project “Demonstration Farms for IPM”   She mentioned that one of the challenges is that there are not enough effective and sustainable biological, physical and other non-chemical measures that can be used instead of pesticides. In particular, finding alternatives to fungicides in viticulture and apple orchards is not easy. She emphasized that solutions are individual according to soil type, region, and crop and that they can often not be transferred without adaptation. 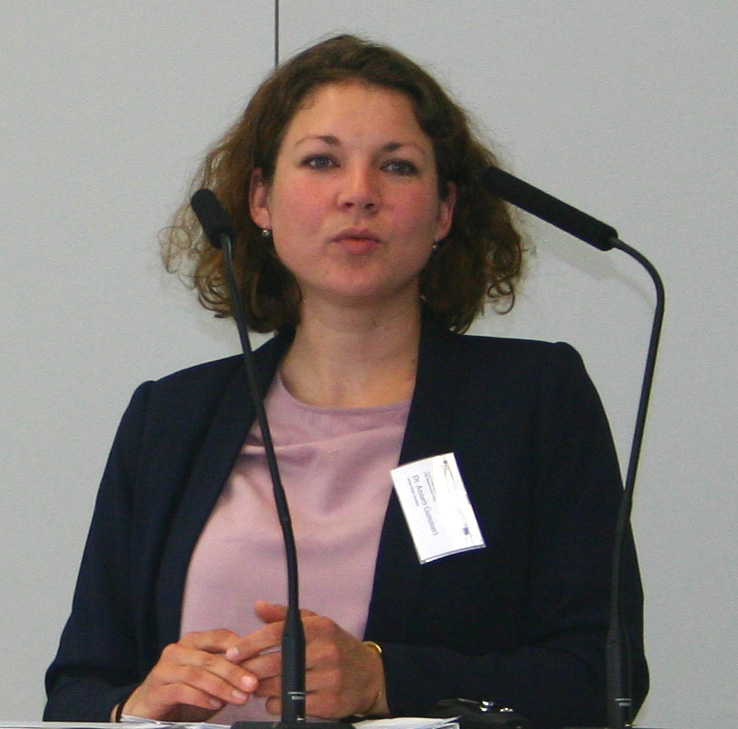 Michael Gaffney from the Irish Agricultural and Food Development Authority, Teagasc, described the Irish system of IPM demonstration farms. Technology transfer is a key function of Teagasc. With their demonstration farms research knowledge and practical experience interact. The demonstration farms set a benchmark for efficient production and for transferring knowledge to other farmers. They also provide researchers with a direct pipeline to the key issues at farm level, and this can provide feedback and direction to research programmes. 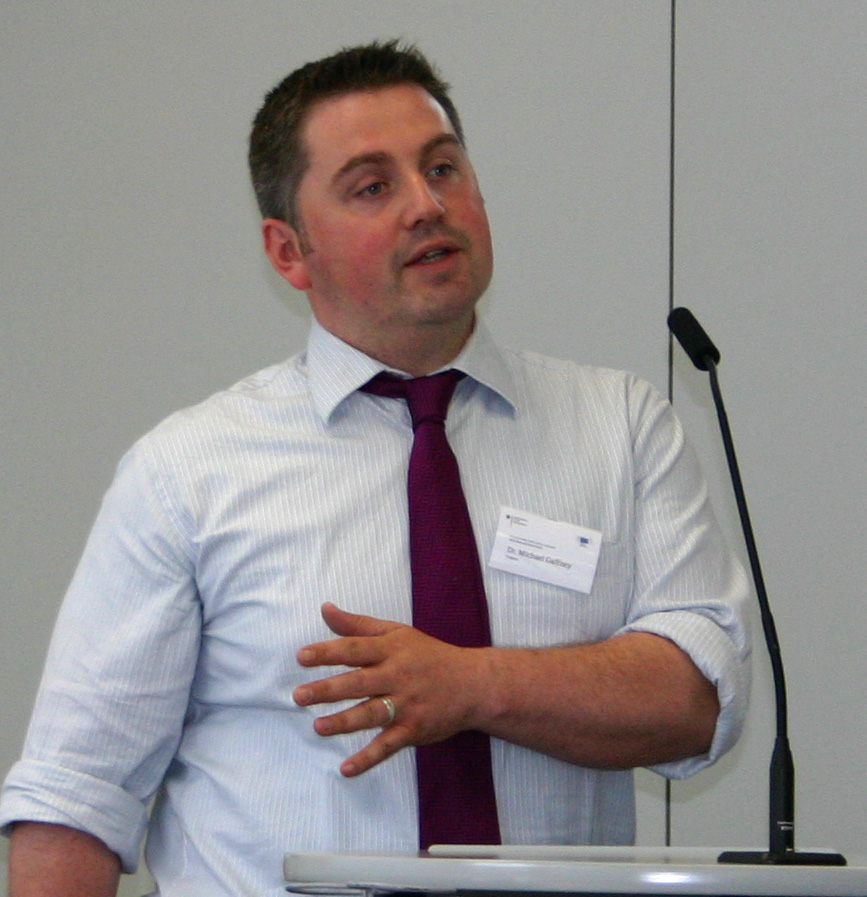 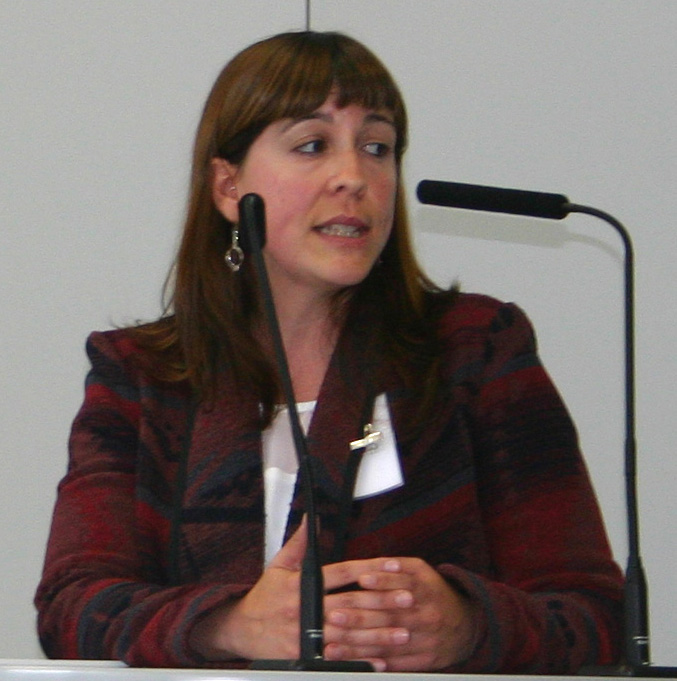 Representing Spain was Nerea Aria from Tecnologías e Infraestructuras Agroalimentarias (INTIA). Her description of demonstration farms in Spain was based on a case from Navarra from the project LifeAGROintegra. This project has a network of demonstration farms across Navarra in four crop groups: horticultural, cereal, orchard, and vine. The advisory services play an important role with their extensive network, continuous feedback and annual analyses and planning activities.

An additional point was that monitoring of the treatment frequency index is not the answer to everything as it does not take the relative toxicity of the pesticides into consideration. At the end of the day the most important indicator in this regard is health and the environmental impact. Therefore, it is important not only to reduce reliance on pesticides but also the risks arising from their use to maintain the IPM objectives.

You can access the slides from the presentations here (members only).

You can read the full report from the workshop here.