AU Research  Projects Ceramics in Context About the project

Ceramics were a ubiquitous commodity in Antiquity. Due to its high prevalence and functionality, ceramics constitute a source of absolutely fundamental empirical material in archaeology, which can be studied across time and space. The development of distinguishable types (studies of form development - typologies) that slowly but surely evolved (often over centuries) serves as the most important dating criteria in Classical Archaeology. As a result, an understanding of society in Antiquity relies heavily on the exploration and understanding of ceramics. This 3-year research project, involving an assistant professor, a PhD student and student assistants, takes a context-first approach to the study of ceramics, and the aim is to optimise the gain of this important group of materials through contextualisation.

Studies of ceramics often remain typological in nature. For centuries, since the inception of the discipline, typological studies have significantly influenced the perception of ceramics in the field of Classical Archaeology as an isolated group of material. Ceramics were introduced as a group of objects, neither related to other contemporary materials, nor related to life in general in Antiquity and with no consideration for their use as everyday utility items. As a result, some publications fail to contextualise ceramics. Excavated ceramics are often published in voluminous catalogues, without regard to their societal context. At the same time, the sheer amount of ceramics from excavations becomes a factor in publications often never being submitted, representing a lack in Classical Archaeology.

These challenges are also apparent in the well-known Decapolis city, Gerasa (modern Jerash), in northern Jordan. For more than 100 years, excavations have been carried out by e.g. Yale University in the 1920s and 1930s, as well as Institut Francais du Proche Orient and a number of other missions. To date, these have not given rise to any ceramic typologies or significant publications on ceramics. In the past 30 years, at least three major projects have been initiated, all aiming to publish reference works on the ceramics from Jerash. All attempts have failed, due to the amount of materials and the intention of covering all aspects of the ceramics. Subsequently, Jerash – like many other Roman cities – is left with numerous excavated, non-contextualised monuments, lining the beautiful main street, but the history of everyday life in Jerash, both during the Roman Empire and the many periods of affluence that followed, including the Byzantine and the Islamic periods, remains untold. One needs to underline that several recent projects, including the Jarash Islamic Project, have begun to publish material with a view to a contextualised approach, and that such projects have provided the basis for understanding the early Islamic period in Gerasa.

The current project is rooted within the framework of a larger project, which was initiated in 2011, and which has already published a number of significant results. The Danish-German Jerash Northwest Quarter Project is, on the one hand, a research-based excavation project and, on the other hand, a project consisting of a series of sub-projects, all contributing to the overall understanding of the city across a broad time spectrum. These projects are all based on studies of groups of materials that rely on ceramics as the basic dating criterion. At first sight, the results from these projects are limited in scope; however, when considered on a comparative level, they all provide significant insights into the cultural development and societal conditions in Antiquity. Among these topics are the study of urban development in the Roman time, the transition from Christianity to early Islam, and the development of urban spaces in medieval times, all of which have delivered breakthrough results based on detailed analyses of empirical material, including the study of ceramics in context. These studies are a result of constant dialogue and exchange on an interdisciplinary level, integrating perspectives from the humanities and methods from natural science.

Ceramics in Context will investigate ceramic contexts, related to particularly selected finds, on the one hand related to the history of settlement in Jerash and on the other hand related to overall issues of urban lifestyle in the Eastern Mediterranean. The aim is to explore contexts defined as closed contexts (i.e. contexts that can be analysed in themselves), comprising all groups of materials. By adopting an approach that ascribes first priority to empirical data, the project will constitute a reference for future complete typologies of ceramics. Thus, the project is a fundamental-research project with aims that are realistic within the given timeframe and will contribute significant results for the understanding of Jerash, the Levant and Antiquity in general.

Contrary to other ceramics projects, this project will not start from scratch. The Danish-German Jerash Northwest Quarter Project has worked in Jerash since 2011 with a team of between 25-40 students and specialists. Each campaign has focused on incorporating new methods and implementing these at the focused excavation sites, which have been strategically placed, with reference to previous research results. Each year, a maximum of five trenches are laid out, usually 5x5 metres with the possibility of extension. Methods implemented so far include geomagnetics, ground-penetrating radar, XRF scanning, OSL, micromorphology, ICPMS studies, as well as 14C AMS dating. This approach has yielded excellent results, and each year, all finds and their contexts are published as excavation reports and thematic syntheses. An assistant professor, a PhD student and student assistants are integrated into an already existing team of researchers who work with innovative methodologies. 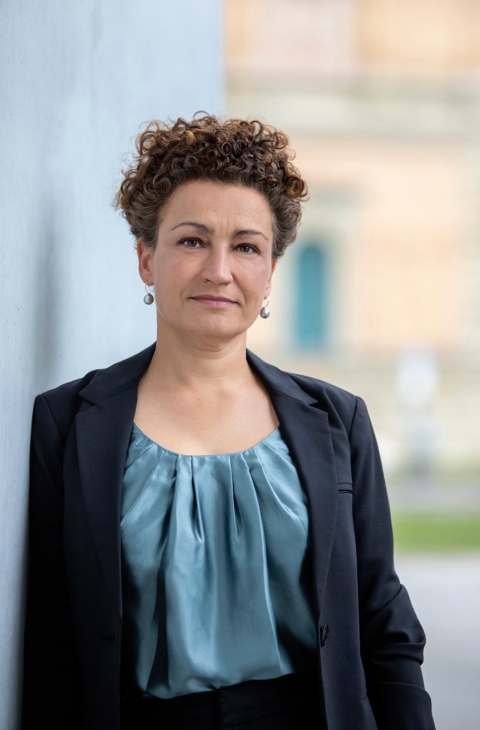